I left my home country almost a decade ago to start a career and become an entrepreneur. During this time I wandered across all continents (except Antarctica) with my ideas and projects. I never thought about checking the most business-friendly countries somewhere.

Back then, I was only relying on my guts and anecdotal evidence, but now, with plenty of official information available in English, you do not need to take the same risks.

I prepared this list for entrepreneurs that are considering the hypothesis of venturing overseas. After analyzing near 200 countries, I considered three major factors to rank these 10 nations among the most promising for entrepreneurs in 2021.

This is the most straightforward of all the factors considered. Low corporate taxes are beneficial for businesses — at least businesses that make a profit. This is because if you are burning money, you will pay no corporate tax in most parts of the world.

Here we understand corporate tax as the tax imposed on the net income of the company.

In some countries, it varies according to the industry sector, size, or government subsidies. To simplify, in this post I will use the most applied rate of corporate tax in each country, not considering government incentives.

The World Bank (almost) every year ranks all the world’s economies in terms of ease of doing business. As they explain on their website:

A high ease of doing business ranking means the regulatory environment is more conducive to the starting and operation of a local firm. The rankings are determined by sorting the aggregate scores on 10 topics, each consisting of several indicators, giving equal weight to each topic.

To calculate the easiness of doing business, they consider factors like:

Reports From Entrepreneurs in Global Communities about Business-Friendly Countries

The third factor is the most subjective. If you want to start a business in another region or continent, the first step is to get involved in communities of fellow entrepreneurs. The internet makes this easy and this a first step to conquering business allies.

Do you want to open an SEO agency in Singapore? Join the LinkedIn or Facebook group for digital marketers in Singapore. Thinking about creating a startup in Ireland? There are plenty of groups you can join. Always look for entrepreneurs that experienced similar situations as yours.

With these factors considered, I made the list below. Here is a disclaimer: some countries should be there, but they are not. At least if we consider only tax burden or ease of doing business. Countries like the United Arab Emirates or the UK.

But I didn’t include them for a reason. There are hundreds, maybe thousands of articles on the internet talking about starting a business in the United Kingdom or Dubai. I didn’t want to be repetitive, so I decide to mention less mainstream destinations.

Gorgeous natural scenarios dot this country, formerly known as F.Y.RO.M, and they are on the track to become an EU member. There is an abundant offer of credit lines for entrepreneurs, and the government is quick to solve obstacles with construction permits.

Some programs allow you to register a company in only 4 hours, and the government’s macroeconomic policies are remarkably stable.

The corporate tax rate of only 10% is lower than in almost all European countries.

Place in the Ranking of Business-Friendly Countries: 17th.

In the last decade, Georgia advanced from a poor and war-ridden post-communist state to one of the easiest places in the world to start a business. The simplified processes to obtain a visa, register property, and enforce contracts are attracting investors from all over Asia and Europe.

The country established a cluster of Free Industrial Zones, where there are no corporate, income, profit, or property taxes.

Place in the Ranking of Business-Friendly Countries: 7th

I was in Singapore years ago, and my impression was to be immersed in some futuristic scenario where humankind just… succeeded. It is everything so clean that it just looks like a maximum punctuation game in Simcity. One may argue, however, that the heavy workloads and high living costs present an ugly side of the Singaporean business environment.

Singapore is among the least bureaucratic places in the world, with most of the processes and paperwork digitalized and solved in a matter of hours.

Place in the Ranking of Business-Friendly Countries: 2nd

I remember the 2015 new Year’s eve as if it was yesterday. I was in Vilnius, and people were thrilled because their country adopted the Euro, concluding years of European integration.

Since Lithuania left the now-defunct Soviet Union, this small Baltic nation had a streak of fortune. The Lithuanian journey upwards is somewhat ignored because of the bigger hype over their neighbor, Estonia. This is unfair, given the similar positions of both nations in most of the rankings.

Registering properties in Lithuania is easy, and the low real estate costs are attracting investors from other parts of Europe.

Place in the Ranking of Business-Friendly Countries: 11th

During the years that I lived in the Middle East, we knew Bahrain as the small neighboring country (you can see the entire island in a glance from the window of an airplane) with good parties.

With pockets filled from revenues of the oil & gas exploration, the Bahraini government does not charge corporate tax. A common practice among gulf countries. Different from them, however, Bahrain is friendly to foreign investors.

The downside of this Gulf island is the often conflictual relations with its neighbors, in special Qatar, which results in closed borders and restricted connectivity.

Place in the Ranking of Business-Friendly Countries: 43rd

Ireland is one of the richest countries in Europe nowadays (at least in terms of GDP per capita). But differently than the other members of the rich boys club, the tax burden is not heavy there.

The corporate tax rate in Ireland is only half the rate of countries like Belgium, for example. If this is not enough to convince you how this island is friendly to entrepreneurs, consider all the entrepreneurial development programs that Ireland offers.

Place in the Ranking of Business-Friendly Countries: 24th

Like the previously mentioned North Macedonia, until a few decades ago Montenegro was part of Yugoslavia, a communist state. It is one of the countries that are close to joining the European Union. Things like the ample credit offer for entrepreneurs reflect this progress.

The corporate tax rate of 9% is the lowest in Europe (tied with Hungary) if you don’t consider tax-havens like Guernsey or Jersey Islands. The language barrier may be a thing, but the number of English speakers in the younger generations is increasing. When I visited Montenegro, I had no problem finding people that spoke at least the basics of English.

Place in the Ranking of Business-Friendly Countries: 50th

Hungary has the lowest corporate rate in the European Union. Besides this attractive title, it also is one of the best-connected trading points in the EU. The country still requires many of the old-style, post-communist paperwork to get construction permits or register for utilities — problems that I experienced also when moving to Poland.

Place in the Ranking of Business-Friendly Countries: 52nd

I wrote an entire article about the solutions Estonia created for publishers, digital nomads, and remote businesses. The Estonian governed digitalized most of their processes, so entrepreneurs will waste little time dealing with registrations, permits, and unproductive paperwork. You can incorporate a company in a matter of hours.

Place in the Ranking of Business-Friendly Countries: 18th

The first business that I opened was in the tourism industry. As a result, many of the entrepreneurs that I contacted were foreigners that started firms in Thailand.

While this beautiful Asian country has a natural advantage for the tourism industry, other sectors also benefit from its low costs, large English-speaking community, and high connectivity. So many airlines fly large planes to Bangkok that the two times I flew on the colossal A380, both were to the Thai capital.

A warning point: The Thai government has the fame of being harsh with foreigners that break the local laws or do not have all the needed permits. More than once I heard about the army seizing properties because of unpaid debts or broken regulations.

Place in the Ranking of Business-Friendly Countries: 21st

Are any of the countries above in your entrepreneurial plans?  What are other business-friendly countries? Tell us in the comment section.

If yes, be aware that some of them may have minimum investment requirements for foreigners starting a business. Also in Europe, almost always you will need to present to the authorities a business plan. You can learn more about how to write an impressive business plan and how to analyze the local competition in this article, and take a look at this list of books about moving abroad. 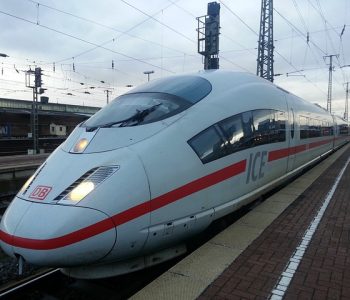 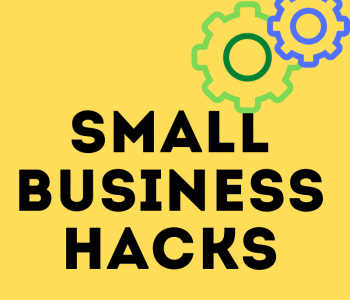