Three Touching Stories I Witnessed About Ukrainian Refugees in Poland

Poland, where I live, received more than 2 million refugees from Ukraine so far. Since the country has 38 million residents, that means the population rocketed 5% in a matter of weeks.

I live in Warsaw, a city that has received nearly 500,000 refugees on its own.

With this influx, the city population rose from 1.8 million to 2.2 million in only three weeks. That means Warsaw overtook Hamburg, Vienna, Minsk, and Paris to become one of the 10 largest cities in Europe.

In less than a month.

While this may not be (yet) the largest refugee influx the World has ever seen, it is the fastest.

Every 8 seconds, a new family of refugees arrives in Poland, and the Polish people are going above and beyond to assist them.

Poland does for Ukraine what nobody did for Poland in 1939. […] In 1956, when Hungary rose up against the Soviet Union, thousands of Poles donated their blood to help the Hungarians Uprising. In 2022, when Ukrainians defend their homes, yet again, thousands of Poles have stepped up to help by donating their blood. Solidarity, it’s literally in our Polish blood…

I personally witnessed all three of the stories I’m about to tell you. They are only a drop in the ocean of kindness shown not only by Poles but also by Europeans and even citizens from other continents.

In times of adversity, a ray of hope.

Americans, Canadians, and Italians Sponsoring a Roof for Ukrainian Refugees in Poland

One of my businesses is a hostel for tourists and transit passengers in Warsaw.

The last two years were hard for us. Very hard. I saw many of my competitors go bankrupt and the only reason I didn’t face the same fate was that years ago I adopted the business principle of antifragility from Nassim Taleb.

But still, we lost a considerable amount of money during the consecutive pandemic lockdowns. We still have debts to pay. Considerable debts.

I am explaining that because maybe you are wondering if I gave all my rooms for free for refugees. I didn’t. We simply cannot afford that since we are still treading on thin ice.

But, said that, differently from many of my competitors, we are not ripping off Ukrainian refugees — right now, a bed in Warsaw is more expensive than an entire Hotel room in Monaco.

Now, almost all of my rooms are occupied by refugees from Ukraine, a country that was not on the list of the most dangerous in Europe, and the guests are mostly women and children. Some arrived after days of difficult border crossings, checkpoints, and crowded roads.

Many of them cannot afford to pay. But someone is paying for them.

And that is where things get interesting.

From the very first days of the war, I received multiple emails from people in countries like The United States, Canada, Italy, and so on, willing to pay for a room in my hostel, even though they had no plans to visit Poland.

They wanted to pay so I could give these rooms for free for refugees.

A secret investor from Italy even wanted to rent my entire hostel. Unfortunately, I couldn’t accept since we already have guests staying, but he took all my rooms available, at once, and redirected them to a foundation assisting Ukrainians fleeing the war.

A few days ago, while driving to the gym, I witnessed multiple taxi drivers with license plates from Spain. One of them even had a flag from the Basque country in the back.

I never saw a single vehicle from Spain here in Poland, since we are relatively far from the Iberian Peninsula. And then, suddenly, an entire convoy! What a surprise!

When I went to the train station, I understood why there were so many Spanish taxi drivers here.

They came to pick refugees and take them to Spain — a piece of information that I double-checked later on the internet. More specifically, they intended to take 150 asylum-seekers to Spain, where organizations would shelter them.

I even saw a driver asking for a mother and her little boy: “Would you like to go to Barcelona or Madrid?”

The boy, who knew nothing about the two cities other than that they are home to football superpowers Barcelona F.C. and Real Madrid, smiled widely. At that moment, after days in crowded trains and distanced from his father, this kid was filled with joy.

So was I, just by observing it.

Toys and Baby Carts in the Warsaw Train Station

During the same visit to the train station where I saw the Taxi Driver mentioned above, I also noticed a teddy bear left on the stairs.

When I told my wife about it, she said that maybe some kid forgot about it.

But then I saw another and another.

At the boarding platforms, some baby carts stood, empty.

I had a guess why they were there.

A guess that was confirmed later when I noticed an organized movement of Polish mothers leaving their baby carts (many of them brand new) at the train platforms where the majority of refugees arrived, so mothers could provide some comfort to their babies.

At least until the day they can reunite with their husbands, who remained in Ukraine.

If you enjoyed this article about Ukrainian refugees in Poland, check this one about what to do in case of war or the highlights I translated from the Polish Government War Survival Manual.

Levi Borba is the founder of the Expatriate Consultancy, creator of the channel Small Business Hacks and The Expat, and best-selling author.

What Food is Portugal Famous For?
These Are the Cheapest Cities to Fly to in Europe in 2023
Europe Poland 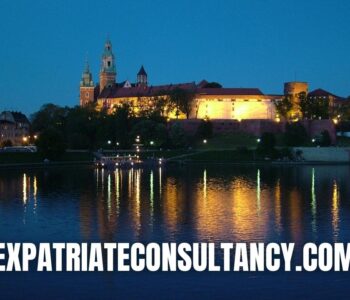 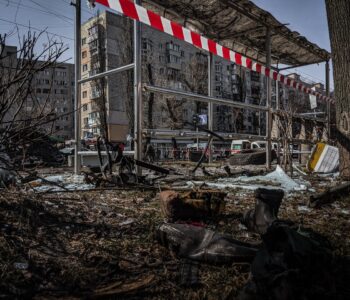 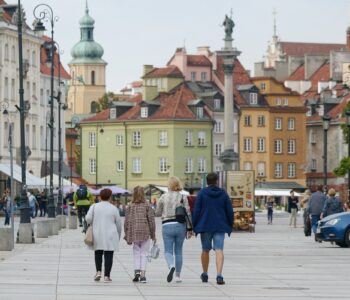 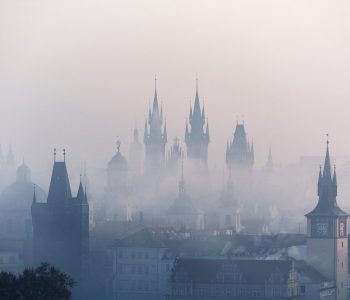