Two Fine Benefits of Living Abroad (Hint: They Will…

Discover how to start a life abroad while buying tomatoes.

I don’t like to waste the time of my readers, therefore here are two of the finest benefits of living abroad, things that I learned during almost a decade as an expat:

Two untold but splendid perks of expatriate life are:

2 — To harness the incredible power of getting embarrassed.

Now that you know the short answer, you can either go back to your episode of The Voice, or understand how it works in the next paragraphs (and thank me later).

How to start a life abroad while buying grocery

Picture your first week in a new country.

You’re still not in your permanent house, but in accommodation, until you determine which part of town is best for you.

So you set up a meeting with a local realtor to examine what reasonable and comfy options are available.

On your way to the meeting, you buy a sandwich and a coffee to go. With a hesitant grin, the young cashier urges you to be patient while she learns her new profession.

You enter the metro and seat beside an empathetic 60-year-old lady. She asks the time. You respond to her and grab your phone to see whether someone from the foreigners’ group on Facebook replied to your inquiry about where a young man like you should reside.

When you get to your final stop, you notice the old lady has left.

You walk a couple more miles and arrive at the realtor’s office fifteen minutes early. You sit at the reception on the left of a man with his child. You smile and pick your phone to finish reading the responses to your question in the Facebook group.

When it is time for the meeting, the real estate agent brings you into his office to show you all the “incredible” possibilities you must see.

That’s when you understand it’s an expat scam. There are a lot of them. There’s nothing better than an immigrant desperate to find a home, a car, or insurance. For a skilled salesman, it’s easy money, so he’s more likely to show you deals that pay the highest commission for him.

Sadly, the worst solutions often pay the highest commissions. The cheerful and educated salesman has an added incentive to sell whatever crap he has to some naïve foreigner.

Not all professions with titles like advisor, agent, consultant, expert, etc. are swindlers, but there is a good chance.

So who should you trust if not them?

Some might seek answers about their new country in their company’s human resources department or university student section. Someone will occasionally aid, but they will often be too busy with their own chores to assist you. To help you is not their primary role.

Some will seek assistance from other foreigners, which can be problematic because many of them are still recent in their new country and may not know all issues.

So who’s left? Who else should you hear?

The answer belongs to our unsung heroes: the common folk!

The shy young clerk at the grocery shop. The old lady who sought to chat with you about the weather. The father whose child wanted to play with you in the waiting room.

What were you doing when those possibilities to discover more about your new home arose? You took out your phone to seek advice from strangers who may know less than you!

In every big city, you may ask questions to anybody you meet. Be it at the checkout or a non-touristy metro station. Take risks. Worry not about the language. You will have some excellent stories to tell.

It’s only through talking to locals that you learn about genuine problems and how to deal with them.

You will learn to adapt to the environment, avoid common pitfalls, and master the necessary street savvy. If you pay attention, you may even pick up on the emotional subtleties forming your new home’s culture.

Pay attention to your surroundings instead of your phone’s dark screen, even if you are reading this article on it. Screen time is hurting our social abilities. Don’t miss an opportunity to chat. Rather than relying on Facebook updates, go on an adventure.

You may get invited to parties or discover a new gastronomic treat. Kimchee became one of my favorite meals after a chance encounter.

Just ask the metro woman if it will rain today (and ask which transport is quicker if a storm happens). Ask the parent with the child about upcoming sports events. Ask the grocery shop girl about her new neighborhood and leave a coin in her tip bucket.

What are you waiting for?

Yes, sometimes you may get embarrassed. Some people may think that you are flirting with them. But here lies the second finest among the benefits of living abroad. The most difficult to explain (but I will try).

The most indescribable among the benefits of living abroad

I started studying Polish a year before I arrived in Poland, intending to run a backpacker hotel.

After a year of adjusting to life as a foreigner in Poland, I could have a rudimentary conversation on my own.

I learned Polish conversationally using the approach described in this article. Buying a cereal bar in a convenience store was difficult at first.

And that was great. It is a chance for personal growth — and laughs. Here are 4 situations that I used to make my point.

Check also: How to Successfully Move Abroad: solve your doubts here and reduce the anxiety about leaving home

That day I was a Golden Retriever.

I was returning home after an afternoon in Lodz, Poland’s third-largest city.

There was a gas station nearby with a well-stocked convenience shop where I could get some food after a long day of volunteer work.

As a poor college student, my grocery basket had only sausages and juice, but I craved a cereal bar.

I discovered it in a blue, little rectangular container with a wheat image. It looked like a cereal bar, so I grabbed it and put it in my basket with the rest.

The cashier’s queue was short. When Smartphones were not in every pocket, I opted to read the cereal bar’s ingredients. While bringing it closer to my eyes to view the little characters, I noticed a strange fragrance.

The cashier was young, and young Poles can speak English — Poland has one of Europe’s best educational systems. So I asked him what flavor it was.

He didn’t know, since it was dog food.

I had time to return it to the shelf, even though I was so hungry I could eat the whole snack without a bark.

Warsaw has a street called Ulica Nowy Swiat, which means New World Street. Like other European cities, it has well-preserved, historical sections with fancy boutiques and ice-cream stands.

A strip club is in one of the street alleyways. Since most pedestrians avoid busy areas of the street, the club sends a few girls to approach single males and invites them out for a drink with pretty ladies.

On a chilly winter afternoon, I rushed through this area, late for an appointment. Suddenly, a brunette asked if I wanted to go to the adjacent pub (which is, in reality, the strip club). They usually have an umbrella. This looks like a call sign.

My idea was to say Sorry (Przepraszam), but (ale) I am (jestem) late (opóźniony).

What I truly said?

Sorry, but I’m mentally impaired. All because of a typo (late is actually “spóniony”).

The girl laughed and let me go. A few months later, I used the identical term (opózniony) wrongly. When my wife corrected me, I remembered the umbrella-girl’s laughter.

The good part? Umbrella-girls are persistent in bringing customers to the “bar”, however, once I mistakenly announced my condition, she didn’t try again.

The day I just wanted to ask a father about his son’s age.

Here, every adult who comes to a hotel check-in with a child must be a parent or have written consent from the child’s guardians. Years ago, I was working at the reception when a father and his son arrived. I’d say he was 15 or 16, but he could be older.

I wanted to ask if his son was a minor (in Polish, niepelnoletni). So I questioned the father whether his son was “niepelnosprawni”.

Suddenly, the man’s face went sour. Something was wrong. It seemed like those seconds that are amplified by a factor of ten.

Lucky for me, the man recognized my foreignness and inquired, “Do you mean niepelnoletni?”

I responded sure and apologized for any errors, while the father checked his son’s age and IDs.

Later, I checked my words. The word I wrongly used (niepelnosprawni) meant disabled.

The doctor and my little leg

Food is one the best ways to learn body parts in a foreign language (this is not valid, however, if you are a vegetarian).

That’s how I learnt Polish terms for breast/chest, knees, and neck (by learning how to cook pork knee and neck). By asking for chicken thighs, or “udko kurczaka in Poland, I learned how to speak thigh (udko).

So, I woke once to go to the bathroom, but I felt a terrible pain in my left thigh and almost fell on the floor. My wife advised me to go back to sleep. The p ain persisted even after hours of sleep, so I visited an orthopedist.

He inquired what was wrong.

I thought I misheard something. Maybe he simply said udko softly. So I repeated yes, “udko”.

The orthopedist was puzzled. I couldn’t understand it. This is a simple sentence and I thought I said it correctly.

I was really not.

I later learned that udko is the diminutive for Udo. In another word, udko means “tiny leg”.

But you know what?

One thing I realized: being embarrassed while attempting to learn Polish in public let me forget my fear of trying new things, of being exposed to the unknown, to ridicule, to be deemed odd.

The benefits of living abroad, the joy of adopting (and occasionally failing) a new idiom, and discovering a new place in the actual world are priceless.

Get out there, since a universe awaits.

And I’m sure you’ll have some hilarious, amazing moments.

If you enjoyed this piece about the benefits of living abroad, here are some other articles for you:

If You Are Single, This Is the Cost to Live In These 6 European Capitals

Moving Out, Working Abroad and Keeping Your Sanity: 11 secrets to make your expat & digital nomad life better than you imagine

What Is the Best Age to Start a Business? The Answer from a Billionaire
Save Money on Travel
expatriates 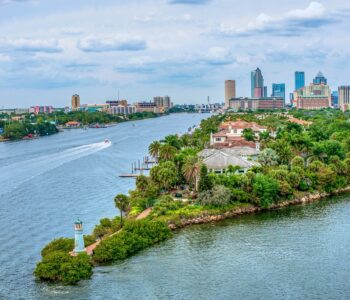 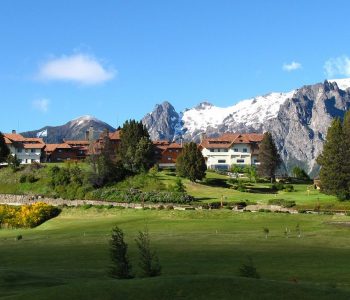 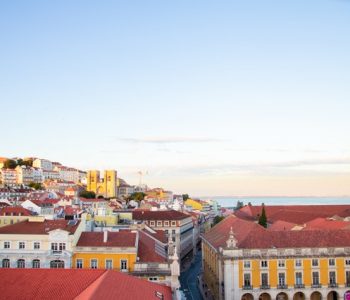