Problems of Culture Shock at Work and Life

The Logic to Ace Any Problems of Culture Shock

With higher mobility between cities, regions, industries, and continents, there is an equal boost in intercultural issues. Maybe you already had problems of culture shock or saw one cultural shock problem of the listed below:

The cultural differences mentioned above are part of the discoveries from the Dutch psychologist Geert Hofstede. In a previous article, we wrote about Hofstede’s findings on cultural shock. In another article, I explained how these discrepancies in societal attitudes contribute to the feeling of homesickness to the point of, in certain cases, making it unbearable.

Why Do Problems of Culture Shock Happen?

There is a special type of problem that is forgotten when we talk about the cultural shock problem. It is a constant in universities and workplaces, harming cooperation between international teams or corporate departments. It caught my attention how this trouble is so harmful but still nearly nobody talks about it.

It is the Inertial Antagonism Syndrome. A widespread disorder slowing down or even blocks creativity and problem-solving qualities.

To understand what is inertial antagonism, think about mob rejection. It is the reaction entire communities have when they conform to a long-standing problem and do not know how to overcome it. Often people know that there is a problem, but they just prefer to keep the status quo instead of trying other ways to solve it.

The roots of inertial antagonism are assumptions we have against foreign methods. Sometimes these assumptions are well justified and avoid disasters. Often, on the other side, they are psychological barriers.

A famous example of Inertial Antagonism Syndrome happened in Spain. Vanderlei Luxemburgo is one of the most victorious Brazilian football coaches in history. He accepted to train Real Madrid in 2004.

The team had a squad filled with some of the most successful players of the time, nicknamed Galacticos. Luxemburgo adopted techniques like the quadrado mágico (magical square), a very offensive, Brazilian-minted formation. Spanish specialists warned that such an offensive style could not fit European fields. Later, Real Madrid fired him.

When locals tell you that the techniques from your land will not work here, listen to them and analyze their objections with the utmost care. If there are shreds of evidence that your once successful methods will not work, rethink your ways. But if there is no evidence of failure besides the typical inertial antagonism, then go forward, but with caution. Just like Ward Chartier.

Mr. Chartier is a seasoned expatriate. For 14 years, he lived in five different countries, including the Far East. When I asked about the conflicts created by bringing foreign methods and cultural characteristics, he answered me:

We, Americans, have the unfortunate reputation of being arrogant and loud. My personality is neither, but I still remained aware of the general perception and acted to avoid it. In addition, I avoided slang, spoke slower than my usual moderate pace of speech, and enunciated clearly.

A few people derided my methods and management tools as “Western thinking. Won’t work here.” My methods and tools were actually a hybrid of East and West, which I explained, but some remained intransigent. Let them think what they wish. My results were financially and operationally successful for the benefit of my customers and employers.

There are two points in the answer of Mr. Chartier that I would like to highlight:

1. There was a negative preconception from the locals. It was the idea that Americans are arrogant and loud. To confront and defeat this assumption, Mr. Chartier avoided giving any sign of these undesired characteristics. Perhaps behavior toward self-policing is a tiresome effort, and that is true. It sometimes feels that all the time you are stepping on eggs, or walking through a minefield to not hurt sensibilities.

Here it is important to balance how much you want to build an excellent reputation and establish a healthy image in your new environment. If this is a must for you, start avoiding now attitudes that give fuel to stereotypes.

2. When people doubted his battle-tested techniques, his first attitude was to check if there was any evidence to justify their doubt. Maybe they knew something that he didn’t? Maybe they already tried it before, and it already failed? Or maybe there was no raw (or human) material for this kind of solution in the place?

Talk to the grocery cashier: The source to close problems of culture shock.

Remember that locals are in their places way before your arrival, so it is worth listening to their objections. This is one reason behind a recommendation I make to clients of my consulting firm that intend to venture into new territories. First have a talk with the grocery store cashier, or with the taxi driver. These locals have valuable insider advice that can soar the adaptation pace of any newcomer.

After careful investigation, Mr. Chartier realized that the critics of his imported system had no factual basis. They did not try his idea before. It never failed in a similar scenario, and it was applicable in the Far East. People resisted because of pure inertial antagonism. So he applied his methods and proved that they work by achieving excellent results.

Point 2 is a sympathetic approach to dealing with reactions like “the techniques from your land will not work here”. Investigate, ask questions, and level the expectations to realistic standards. A wonderful tool for this kind of investigation is the PEST analysis.

By using point 2, you will manage to implement innovative ideas in your university or workplace while keeping healthy relationships with locals. Locals are, according to empirical evidence, among the most important allies to a successful career or business.

Regarding point 1, not giving reasons for people to believe in their preconceptions is prudent, but only if they are negative. If they are positive presumptions, be aware that you have a positive reputation to justify. One example is the natural expectation that British and Swiss citizens will be punctual.

Even if it is just a stereotype, it is positive, so worth keeping it, right?

This article about solutions for problems of culture shock is a small part of the book below, and highly recommended.

Levi Borba is the founder of expatriateconsultancy.com, creator of the channel The Expat, and best-selling author. You can check his books here, his other articles here, or his Linkedin here. 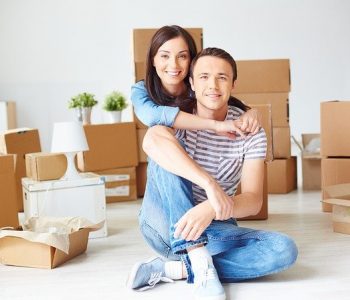