How to Adapt to a New Culture – The…

Step 1 of How to Adapt to a New Culture: Get over the fact that you will never be 100% native. And you don’t need to.

I start this article making a minor excuse: the title you see above is not 100% true. There are exceptions, subordinated to specific contexts, where expats become like a native. For example, in the French south-west, where some long-term Brits living among wineries abandoned their fish and chips and become more French than the locals, as the blog Bordeaux Expats reported:

58-year-old Darren Taylor moved to the Dordogne from Essex 30 years ago because of his love of the novels of Proust and the poetry of Arthur Rimbaud, which he used to borrow from Dagenham Library.

He said: “You’ll have to excuse me, it’s such a long time since I spoke English. What’s happening over there now anyway? Is Sven still England manager? Is Minder still on? I wouldn’t know. I spend my days listening to the music of George Brassens and sipping pastis.”

Pensioner Norman Kemp said, “Don’t be deceived by my prominent bulldog tattoos. That was the old me. Nowadays whenever I’m not preparing magret de canard aux pommes sarladaises, I’m practicing the accordion or playing pétanque in the village square in my favourite beret.

It is refreshing to see cases like this above, where immigrants adapt so flawlessly. However, two points make these exceptions.

1st – The United Kingdom and France are neighbors with centuries of cultural, social, and economical entanglement. Therefore, the civilizational difference decreases thanks to mutual influences, and the expat adaptation is quicker.

2nd – Even in the British-in-France context there are plentiful examples of not-so-smooth adaptation, to the point of existing a mutual-help social network. The name of it is “Survive France”.

​Therefore, this advice is for anyone moving (or planning to)  between countries not that similar. And if you arrived until here in this article, congratulations: you already know how to go through the worst phases of your new life. The German firm Archer Relocation designed the Expat Adjustment Curve, where the first stages remind what I described in a previous article, but with a different end:

​The fundamental difference here is the sixth phase. Whoever reaches the Integration overcame the culture shock (our previous articles help you with it) and recovered to run the show in their new life. As much as achieving this stage of adaptation is a brilliant victory, there are different levels of it. We can break down the concept of integration in 4 different types.

The 4 dimensions of cultural integration

● Economic Integration—It is when foreigners work and generate wealth for themselves via their salaries and profits, and to their new country by paying taxes. They add their contribution both as supply, by their products, and demand, by their consumption. Skilled expats often achieve this type quickly, but for students or non-working spouses it can take longer.

● Social—When people mingle with the locals, adopt social codes of the new country and its etiquette. Although the personal efforts to achieve social integration are important, how fast you will achieve depends also on how friendly is the population. The portal Internations researched about a similar subject and concluded that in places like Mexico, Costa Rica, Ecuador or Colombia, to create a social circle can be much easier than in Nordic countries or Saudi Arabia.

● Cultural—This kind of integration is when people adopt the habits and culture of the new place. To reach a full cultural integration, it is indispensable to have a good understanding of the local language and go across all its components (music, literature, beliefs and celebrations). The cultural integration can be even harder than the social integration if your original country and the new one are from different civilizational foundations, for example, India and Eastern Europe.

● Emotional—This is the last type of integration in the list for a reason: it is the hardest. I may take longer to explain emotional integration because it is essential for understanding this entire article. There is a word in my native language called saudade. This term is almost untranslatable, but fits very well in this description. We may define saudade as the presence of absence, the yearning for something or someone that right now is unreachable, and whose absence creates a void in your inner self. It is not only “missing” and does not have a completely negative meaning because it brings sadness and joy together. It is, as deciphered by older generations, the love that remains. We can translate a partial emotional integration as loving your new country and shaping your personality by its influences. The fully integrated, however, will go beyond this and not feel any saudade from his origins.

If you are already living abroad for some time, you probably are thinking how far you are in those four different dimensions. The good news is that you don’t need to achieve all of them. In Chile, I was very well-integrated economically, socially, and culturally. I didn’t need to do much effort since they are close to Brazil in all those components. This similarity plays a big role. That is why in Poland, to reach the same level of assimilation from Chile, it took much longer. In Qatar, I achieved economic integration, but the social and cultural aspects were distant from my daily life.

What about emotional integration? Even though I had part of my personality changed by every country that I lived in, my core is still the same, and it is Brazilian. Therefore, differently than the British mentioned at the initial paragraphs of this story, I am still not 100% emotionally integrated, and maybe I will never be. Maybe I will always feel saudade of the southeastern plains of Brazil.

​It is almost the rule when you are a first-generation immigrant.

In an article of Humanity in Action Denmark, I read two stories that exemplify it. One from Savas Coskun and the other from Sabeena Din, who moved, respectively, from Turkey and Pakistan to Denmark.

It was the experience of travelling back and living one year in Turkey that convinced Coskun that whatever cultural identity meant; he had to have a mixture of both cultures in his identity.  “Until ten years ago I said I was Turkish only,” he says, “because saying to say I was Danish seemed a little false to me.  And then I went to Turkey for a year and realized that I cannot be just Turkish.  I have to be Turkish-Danish.  I have to be both. Like Coskun, Sabeena Din, a 21-year-old born in Denmark, has two identities. When she is in Denmark, she feels more Pakistani. When she goes to visit Pakistan, she feels more Danish. However, Din does not feel that it is a crisis for her. “It is not a bad thing”.

To make the best efforts to integrate into a new country is not only good for you. If you plan or already have children, this will have an enormous positive impact on them. Descendants of first-generation, well-assimilated immigrants growing up in the company of local children will carry the advantage of youth years shaping them when compared to their parents. This will allow them to adjust (economically, culturally, socially and emotionally) to a much greater degree.

The upside and opportunities of being peculiar

​            Even doing your best attempts, still there is a chance you will never be like a native (especially if you are a first-generation newcomer like me). Even after learning the language, you still will speak with an accent that will persist for decades. You will still have your tastes for food, music, and traces in your personality shaped in your fatherland. If you are moving to a homogeneous country like some in Asia or Eastern Europe, you will also be the person looking different.

​            I have some splendid news for you: all those things can turn into opportunities. Your varied taste for food and music can give way to very interesting conversation topics. Your accent and knowledge of a foreign language can be useful to understand the so common loanwords from a globalized world. Those holidays you celebrated back in your country can double the opportunities for fun. With my wife we celebrate both Valentine’s (14 of February) as her tradition and Dia dos Namorados (12 of June) as mine, so we have twice the amount of romantic dinners than a standard couple!

​            Sometimes, being the different person opens doors to great opportunities. This is a point that people miss when trying to understand how to adapt to a new culture.

In Poland, it is normal that younger people come to talk to me in English, since I look like a foreigner, and when I answer in their language, I hear nice compliments and salutations for learning their idiom. The same would be if a westerner moved to Thailand and mastered Thai. Inside homogeneous countries, with a quick look people will know you are a foreigner and while this may scary some expatriates, it is a significant chance to surprise and earn the local admiration.

Nobody likes the arrogant expat that prefers to show off his differences at every point while despising the social and cultural features of his new home. On the other side, the complete opposite of him-the expatriate wishing to cut his roots and be like a local in every aspect- also risks entering a road to frustration because of unachievable goals.

You don’t need to lose your roots to be the guy from a snowless country talking about winter sports with his Norwegian workmates, or the American that moved to South-Africa and now invites his neighbors for a braai (South African barbecue). In countries where people expect you to be just another foreigner without interests in common, you will be in high-regard if you go beyond their expectations.

Levi Borba is the CEO of expatriateconsultancy.com and a best-selling author. You can check his books here and some of his articles here. The inspiration for this article comes from the book Moving Out, Working Abroad and Keeping Your Sanity: 11 secrets to make your expat life better than you imagine.

A Simple but Life-Changing Advice…

Dealing With Homesickness? Here is… 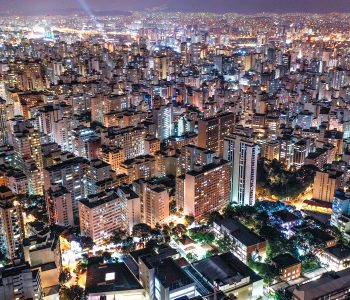 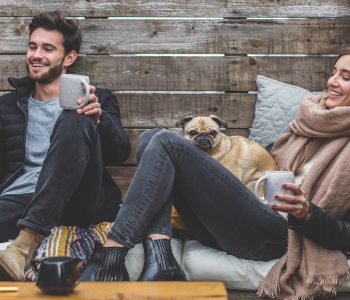