Home » Blog » City and Safety Guides » Where Can I Live? Our Expat Living City Guides

Where Can I Live? Our Expat Living City Guides

Living as an Expat: It Is Easier When You Know Which Places You Should Avoid!

If you want to move to another country but don’t know where to start and have doubts about expat living and lifestyle, you’re in luck today because I am going to tell you (almost) everything I know from my own experiences.

Living as an Expat in the XXI Century

People are moving abroad more frequently and more easily in the present globalized world for a variety of reasons, including work, education, or just exploring different environments and meeting new people. A new culture usually comes along with it.

When you emigrate, you must adopt new customs and social standards.

In order to avoid experiencing the so-called culture shock, which is a state of anxiety brought on by contact with a new culture and is accompanied by emotions of loss and bewilderment, you must assume as soon as possible that you will require an adaptation and learning process.

Deciding Where to Live

There are 4 important things to think about when deciding where to live:

Living Costs: Finding a Place to Live That Will Not Empty Your Pockets

If you are planning to move abroad, it is important to analyze the living costs as soon as you get there. You might end up spending more money than expected on food, accommodation, and other services every month. So figure out how much money you need when moving abroad in order to not be another expat living plunged in debt..

To help you with that, I wrote a few other articles on this subject on different countries:

Individuals fluent in multiple languages comprise less than 3% of the current world population.

There is a reason there are so many Latin-Americans in Spain or so many Brazilians in Portugal: the language barrier for an expat living in a country with a distinct idiom is a REAL DEAL.

If you are moving to a country with the same idiom as yours, or a place where almost everyone speaks English (eg: the Netherlands), you don’t need to worry so much about this issue.

On the other hand, I saw expats that gave up excellent standards of live in countries like South Korea or Brazil because they could not withstand the problems and solitude imposed by the language barrier.

A whole new world will be revealed to you once you become familiar with the local language (and there are methods to learn it faster than you think). When grocery shopping or ordering at a café, you won’t just be able to say things like “Thank you” or “Please,” but you’ll also be able to pick up on the subtleties that affect people’s moods. Knowing the local slang will help you get a better sense of what is outrageous and what is funny in your new neighborhood.

Language has an impact on how we think, according to research by cognitive scientist Lera Boroditsky. Your chances of succeeding (or at least surviving) in your new environment will therefore increase if you learn the local language because you will be able to think like a local. Which incentive is more advantageous than this? According to Ludwig Wittgenstein, an Austrian philosopher:

Quality of Life and Safety: Even the Best Cities for Expats Have Bad Neighbourhoods

However, it can be difficult to find the information that is needed when vetting where you want to live. There are certain cities that are perceived as unsafe and rightfully so based on what is going on within and around that city. But here is a thing that many people forget:

For this reason, there are plenty of guides that my team and I prepared for you. In these guides, each for an individual city, you will discover:

Besides all the cities mentioned previously, we also prepared some special rankings on the subject of how safe (or dangerous) are certain places.

Our team also researches the best and most affordable places for those willing to retire abroad. Below you can access some of these guides:

Other Tips for Staying Safe in a New Place

Let’s assume you just arrived in a new place, either to spend just a few weeks or as an expat living there permanently. You are still looking for a place to stay until settle down. Here are some additional tips.

2nd — Areas surrounding airports and train stations can be dangerous.  Book a transfer in advance from the airport (or from any station) to your destination and vice versa, so you can avoid scammers and criminals. I often used Get Transfer for that and it always worked fine.

The climate: finding a place to live during all 4 seasons.

Instead of just telling you how bad is the winter in some places or how hot is the summer in others, I will give you a fact. A fact that I experienced myself and that shows how important is to analyze the climate of the place where you are moving to.

Latin Americans, for example, tend to have darker skin tones on average than most Europeans, especially those from the northern and eastern parts of the continent.

Anyone who lives in sunny regions like Brazil’s northeast or the Andean altiplano will find darker skin to be an advantageous adaptation. More ultraviolet B (UVB) rays from the sun are filtered out by darker tones. Since they have more melanin, they are better able to avoid sunburn and other issues brought on by excessive sun exposure, like skin cancer.

The problem is that the same UVB rays that cause cancer also break down the cholesterol in skin cells, supplying the human body with energy for the production of vitamin D. Lack of vitamin D can result in fatigue, muscle cramps, depression, and issues with the immune system. Vitamin D is necessary for good health.

Days are significantly shorter and the sun rarely appears in northern parts of Europe during the winter.

For instance, in December, here in Poland, the sky can be cloudy for weeks, and the sun sets in Warsaw at about 15:30. Less than 30 hours of sunlight are available each month in the winter. To put it in perspective, neither Buenos Aires nor Mexico City has a single month with less than 130 hours of daylight.

People in nations like Estonia and Poland have extremely white skin, which blocks fewer UVB rays. So, even in small amounts of sunlight, they receive enough UVB to produce the necessary amounts of vitamin D.

That did not apply to me. I have olive skin, and during my first year in Poland, I frequently fell ill. I visited the doctor, and exams found that I was severely vitamin D deficient. I started taking Vitamin D3 supplements during the fall and winter, which only costs me less than 8 euros per month, and this solved my problem of fatigue and ongoing sickness.

So don’t forget to check about the climate of your destination and how it affects you body!

Recommended books for expats, digital nomads, or anyone living abroad

If you enjoyed this article about expat living, subscribe (for free) to receive my articles directly in your inbox and receive a special gift. If you enjoy this article, please consider becoming a Medium member by using this link and have access to premium, unbiased content from authors not tied to big media. 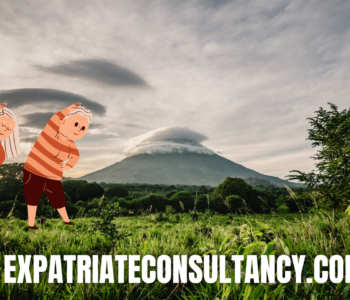 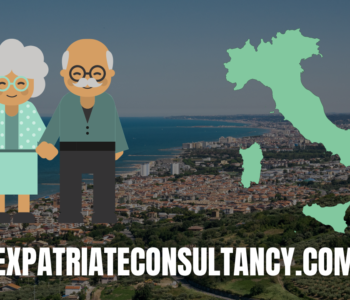