What is the best country for medical school?

Listen to “Becoming a DOCTOR The Best and Cheapest Countries to Study Medicine!” on Spreaker.

If you are considering the possibility of studying medicine abroad and looking for the best country for medical school, you can be sure of 3 things:

With this in mind, we prepared this article. Differently from dozens of other articles about the best countries to study medicine that you find on the internet, here we will also consider how much of a burden to study medicine is for your pockets.

Because yes, if your father is a billionaire, maybe you already decided on an Ivy League school, but not everyone has deep pockets (or an uncle that is an influential congressman so you can have privileged entrance).

If you are one of these “normal” individuals and ever asked yourself which country has the best medical schools, this article is for you.

The first step is to define which countries have a respectable level of medical infrastructure. Why? Because it would be difficult to find good medical schools in places where hospitals have no decent structure or the health care system (public or private) is in ruins.

Which Country Is the Best in Medicine?

The quality of healthcare is determined by a lot of different things, like how the care process works (preventative care, coordinated care, engagement, patient preferences, etc.), how much it costs, how quickly it can be delivered, how equitable it is, and how well it works (population health, disease-specific outcomes, etc.).

It’s not hard to find a decent healthcare system. While medical organizations are complicated, there are a lot of ways to figure out which systems are the best. For that, we will use the “Health Care Index” published by the CEOWorld Magazine.

The Health Care Index is a statistical glance at the overall quality of the medical system, including how well doctors, nurses, and other workers do their jobs; how much it costs per person each year; how often top-notch medicine is available; and how prepared the government is to assist. It also considers external factors like sanitation, public health programs, and so on.

There are 89 countries in the study, ranked based on five different health factors.

We already used the Health Care Index in another article, to define the best cities to retire in Europe.

Here are the top 20 countries with the best healthcare in the world:

Which Is the Best Country to Study Medicine?

There are a few sources that list the best countries for medical students. Many of them are contradictory (and we will end those contradictions in a few paragraphs, using data). Here are some examples:

As you can see, although some countries are present in multiple lists, there is tremendous diversity. How then to decide which country is the best for a medical student?

Here is the way we found it.

The Final List: The Best Country for Medical School

To build the final rank of the best country for medical school, we will consider the following criteria:

1st — The Cost of Living Index by Country in 2021, an indicator that considers the living costs. Numbeo, the world’s largest database of costs, compiles it. Although this indicator does not consider tuition costs (which will be handled as a separate criterion), it considers all other expenses like rent, food, etc. If a certain country has an index of 120, it is two times more expensive than one with an index of 60.

2nd — The performance of the country in the Healthcare Index.

3rd — How many times a country comes up in the five rankings that came before it (AbroadGurus, Jeduka, GoAbroad, GlobalScholarships, and CollegeChalo). Only countries mentioned in at least three of the five rankings were considered, meaning The UK, Netherlands, Russia, Canada, and Ukraine.

All this data together gave us the ultimate list for you to decide the best country for medical school:

Study medicine in The UK

Number of ranks that mentioned The UK among the best countries for studying medicine: 4

Yes, some of the best medical schools in the world are in the UK. Even the average British medical school would be considered a top school in most countries.

Besides the money, it also requires personal effort and patience.

Certain things must be done to study medicine in the UK. In interviews, students should expect to be asked about their motivation, past work, and personal interests. They should also be able to show off their past achievements and work experience.

Start applying to colleges a year before you wish to attend to move to the UK. It’s around October 15th the admission deadline. By that time, you should have all of your scores ready to submit with your application.

Study medicine in The Netherlands

Number of ranks that mentioned The Netherlands among the best countries for studying medicine: 3

The Netherlands teaches medicine differently from the UK, both in terms of content and timing. Because they teach students in both countries in different ways, it will be almost impossible for you to move between them while you’re still in school.

According to the portal StudyinHolland, in the Netherlands there are three main steps to becoming a doctor in general practice:

There are just two Dutch universities that teach the first three years in English, and only a few spots are open to foreigners. The University of Groningen provides a global health BSc. There is a similar program in English at the University of Maastricht. This would be the first step to be a doctor. Every year, Groningen offers 410 medical spots, but starting in 2021, only around 100 will be offered to non-Dutch speakers.

Number of ranks that mentioned Russia among the best countries for studying medicine: 3

Lower costs are one of the main reasons students choose Russia for medical studies. In countries like the UK or the USA, students cannot afford even the tuition, let alone housing, foreign fees, textbooks, and other expenses.

Meanwhile, in Russia, world-renowned medical institutes have produced global leaders in healthcare and medicine while students pay tuition as low as 5 thousand dollars per year.

There are a lot of places like the UK that accept Russian degrees. Many Russian universities offer medical degrees that are in English and taught by world-renowned doctors. Besides offering English classes and programs at all levels, Russia offers Ph.D. degrees with educational quality and accessible programs.

A medical school application in Russia might seem scary to some people. Each program, university, and level of education has its own set of rules. According to Findcourse.com, some colleges may ask students to submit an online application, a non-refundable interview fee, transcripts from previous schools, letters of recommendation, and health information such as immunization records. Other colleges may require an in-person or a Skype interview.

Remind also that Russia is a very unequal country, and the standards of schools in Moscow or St. Petersburg tend to be completely different from those in more impoverished regions.

Number of ranks that mentioned Canada among the best countries for studying medicine: 3

There is a lot of competition to get into a medical school in Canada, so applicants need to make sure they meet all the requirements for each college. Applicants must not only meet all academic requirements but also meet all deadlines, too (which vary from institution to institution).

According to Medical Study Guide, even though Canada offers 17 medical colleges providing degrees in English and French, studying medicine in Canada is still one of the most competitive options, with only 15% of Canadian pre-med students going into medical school. Most medical schools require the MCAT (Medical College Admission Test).

Besides studying medicine, some people also look for Canada, in special cities like Montreal, due to its safety indicators, and Vancouver.

The MCAT is a standardized multiple-choice test meant to measure problem-solving, critical thinking, and writing abilities, as well as understanding of science topics and principles.

The 1st of the Cheapest Countries to study medicine in English: Ukraine

Number of ranks that mentioned Ukraine among the best countries for studying medicine: 3

Studying medicine in Ukraine is a great alternative for those who want to become doctors but want affordability with quality.

Most medical schools here have an English program. Ukraine’s education is comparable to that of Bulgaria, Poland, Romania, and much of Eastern Europe. Also, the cost of living in Ukraine isn’t as high as in the EU.

International students can study medicine in Ukraine at many large schools. These medical schools offer degrees that are accepted across Europe.

The requirements for admission usually are one of the two below (don’t need to be both).

There are 18 medical schools in Ukraine, but according to Medlink, these 3 are the best:

(And the two cheapest countries to study medicine in english)

The best country to study medicine, if we don’t take into consideration tuition or living costs, is technically the UK. Nearly every ranking we analyzed mentioned the United Kingdom, and the UK also had the highest result in the Health Care Index.

However, it is also the most expensive place to study medicine of all the places we looked at. When we look at the cost-benefit ratio, both Russia and Ukraine offer the chance to become an MD (medical doctor) while spending a lot less, making both slavic nations the favorite for the crown of the best country for medical school.

An entire medical course in a renowned Ukrainian university as the Kharkiv National Medical University may cost less than a single year of tuition fees in the UK. A good reason to nominate Ukraine as the best country to study medicine.

If you liked this article about the best country for medical school, check those below:

The Best Countries for Education: Where you should build your future?

Two Fine Benefits of Living Abroad (Hint: They Will Laugh at You)

The Best Countries for Education in the World
What are the Safest Airplane and Manufacturer?
Europe expatriates 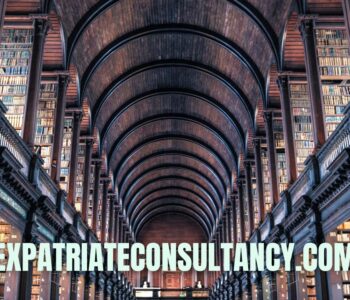 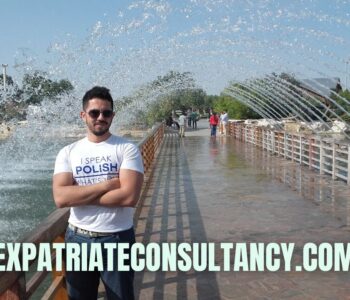 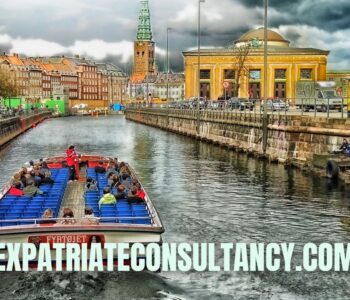 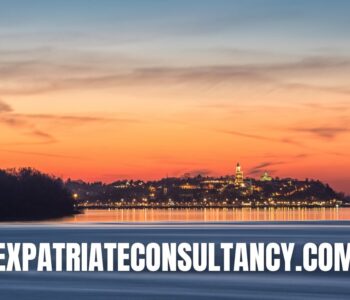