Home » Blog » Brazil » Where Do Most Brazilians Live Abroad?

Where Do Most Brazilians Live Abroad?

Recently the ministry of foreign relations from Brazil (also known as Itamaraty, a peculiar name for one of the most prestigious institutions in that country) released a list of countries answering the question where do most Brazilians live outside Brazil?

It is a quite curious list even for me, born and raised in Brazil.

Here are the top 10 countries where most Brazilians live (outside Brazil):

The high number of the Brazilian population in the US should not come as a shock, since this is a normal thing in most Latin American countries.

But the second and third places may be unexpected. When we compare the number of Brazilian immigrants to the population of the country as a whole, we get even more surprised.

Things get even more dramatic when we consider in which cities are those crowds of Brazilians in Portugal and Paraguay. According to the same source (the Itamaraty):

Lisbon has a population of roughly half a million people.

That means a European capital with a shocking 35% of the population non-European and from a single, South-American country.

Recently, one of the 3 largest influencers in Brazil, the economist Ricard Amorim, shared on Facebook a table that showed this information, raising comments about how Lisbon had become 1/3 Brazilian.

How is that possible?

Simple: it is not, and here I will tell you why.

Why there are so many Brazilians in Portugal

It is not new for Brazilians to move to Lisbon. Even one of the Portuguese kings, Dom Pedro IV, was a Brazilian emperor before assuming the crown on the European side of the Atlantic. The colonizers went to South America and built a nation from the scratch, and some of the most splendid Brazil historical towns, like Paraty, are also gems of Portuguese architecture.

Still, much more common until a few decades ago was for Portugal’s former colonies in Africa and Asia to send their citizens to Lisbon.

But then came a sequence of economic crises in Brazil, culminating with a presidential impeachment in 2014. Violence erupted (although not equally everywhere, since places like São Paulo are far safer than Northeastern capitals).

Brazilians started to flee in droves owing to the economy and crime (I was one of them).

But less than 2% of the Brazilian population is fluent in English. Therefore, except for this minority, anyone willing to move abroad needed to face a language barrier.

The solution was to move to another Portuguese-speaking country. And in this case, they are plenty of options: Angola, Cape Verde, East Timor, Guinea Bissau, Mozambique, Portugal, São Tomé and Príncipe, and so on.

However, among all of them, only Portugal is a developed nation, and a pleasant place to live for many people (a Portuguese city is even among the best retirement destinations in Europe).

Is that the reason that made turned Lisbon into a city with 35% of all the inhabitants from Brazil?

No, because this is simply not true.

The number of Brazilians in Lisbon is way overestimated because the Brazilian diplomatic mission in Portugal only has three consulates in the whole country. The other two are in the northern city of Porto and the southern city of Faro.

This number is lower than the number of Brazilian consulates in China (4), Canada (4), and Argentina (5), all of which have fewer Brazilian immigrants than Portugal.

Therefore, the numbers of Lisbon are inflated by other cities and even Brazilians that reside in different provinces in central Portugal.

18.6% of the people in Lisbon are foreigners, according to the Portuguese census. This number includes individuals who came from other parts of the world, not just Brazil.

Where do most Brazilians live? A Surprise.

While in absolute numbers, the US has the largest Brazilian diaspora, proportionally to the population, it is Paraguay.

Brazilians residing in neighboring Paraguay are known as “Brasiguaios”. In some areas of the country, especially near the border, Brasiguaios make up 10% of the population. Ciudad del Este, a border city with almost 100 thousand Brazilians mentioned a few paragraphs above, has a population that is almost 30% Brazilian.

Brazilians have migrated to Paraguay due to a combination of factors, including cheap land and real estate, and more favorable tax and labor laws. (Brazil has one of the most chaotic legal codes in the world). It is a different profile of the Brazilian immigrant to Argentina, which is often seeking safety (check here our article about violence in Buenos Aires) or an inexpensive place to live (and Argentina is an interesting retirement destination).

Land prices in Brazil are among the highest in Latin America. In rural areas, a hectare (2.47 acres) can cost close to US$15,000. As such, many Brazilian farmers are attracted to cross the border to Paraguay to buy larger patches of land. Often they also bring Brazilian workers to their ventures, increasing the immigration numbers.

The increasing land purchases by foreign farmers even created conflicts in the region that demand government intervention.

But not only cheaper farmland attracts Brazilian immigrants. The favorable investment policies from the Paraguayan government and the far less complicated labor laws generated a flow of Brazilian industries moving their manufacturing plants to Paraguay. In another article, I explained how this country became the new Latin-American paradise for investors

If you like this article about where do most brazilians live, check also:

4 Tips for Flying (From an Airline Insider)

Why Coffee is Flying from Brazil to Europe?

What are the Safest Airplane and Manufacturer?
Must Read Self Development Books: The Top 7
brazil Europe expatriates moving abroad 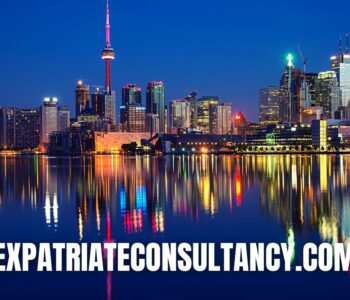