Is Athens Safe for Tourists? The Answer May Surprise You, and Here Is Exactly What Happened to Me.

Short answer: Yes, Athens is safe. The main issue in Athens is street crime, not anything seriously dangerous like terrorist attacks. In some places, the chance of becoming a victim of crime is higher.

But there are some things you must know to avoid having all the troubles I had.

First of all, the title of this article may make you think that this is some rant where some blogger complains about something that made him pissed.

It is not. Well, maybe part of it, but just a tiny part. handy give you some really useful safety advice.

Pieces of advice that I wish I knew much, much earlier. It would save me thousands, and one of the most spectacular holidays I had would not end almost tragically.

(And why are good hotels for discounted prices in dingy places not always a good idea.)

I spent months planning a road trip with my parents that would go from Croatia to Greece.

We had fun, and everything went incredibly smoothly.

This included even parts where I was counting on problems related to infrastructure, bad roads, and so on, like Albania. But no, no problems at all. Indeed, I was amazed by how delicious Albanian food can be and how friendly some people were.

We arrived in Athens. It would be the first place on the entire trip where we would stay in a nice hotel, with breakfast included. Until then, we stayed only in budget bed and breakfasts to save money and spend it on more interesting things like tours.

But not in Athens, because there I found a really nice hotel at an incredible price. The reviews of its cleanliness, staff, value for money, and everything else were sky-high, except for one factor: location.

I wondered why the location was relatively poorly evaluated. The hotel was so close to the central zone that it looked very convenient, so I reserved it anyway.

In one day, my father was encircled by a group of teenagers who stole his phone and ran away.

As a precaution, I stopped walking with documents so someone would not steal them.

The other day, a few minutes after I parked my car in front of the hotel and went to help my mom go down the stairs, someone broke the rear window and stole my luggage and backpack, including all my money and some documents.

One of these documents contained the visa to go back to the country where I was living back then (Qatar). Without it, I couldn’t return. I lost almost one month of my salary while waiting for a new visa. I also had no clothes and little money left. My (until then) awesome road trip turned into a nightmare.

But before any Greek reader tells me something like “you are putting our capital in a bad light while coming from one of the most dangerous places on earth!”, that is not what I am saying.

So it’s time for some clarification (and proper safety advice).

Is Athens Safe to Visit?

Yes, Athens is, on average, a very safe city (although it is the most dangerous city in Greece). The homicide rate is a meager 0.94 murders per 100 thousand residents/year. To put it into perspective, Madrid, a city with safety indicators and size to Athens, had only 34 homicides in 2021.

Even the safest capital in Brazil, São Paulo, has numbers far worse (although improving quickly), and Athens is also much safer than any of the 10 most dangerous cities in Europe. On the other hand, Athens lags way behind European capitals such as Lisbon in terms of safety.

But there are 2 problems with analyzing only murder rates and talking about the city’s average:

1st — It doesn’t consider other crimes like burglaries, robberies, or assaults. These types of crimes are rising there.

2nd — When we consider general numbers for the whole city, we ignore that Athens is one of the largest European cities, with a metropolitan population of over 5 million residents. This is more than, Rome, Berlin, or Milan.

Being a very large city, Athens has many safe places and a few dangerous areas.

One of them is Omonia.

Areas to Avoid in Athens

Athens, (just in case you missed it, I am talking about the capital of Greece, not the city in the USA) is a beautiful city.

Historically important and culturally rich, it offers its tourists endless ways to discover a wealth of ancient sights and museums. But, like many large cities, Athens has issues that visitors should know about.

Including delinquency, which is more prevalent in districts such as:

Omonia is rife with drug dealers, prostitution, pickpockets, petty criminals, and addicts. Always keep an eye on your belongings. You won’t see many (if any) Greek locals if you walk around the area, and more shady conditions exist at night.

After seeing it with my own eyes, I could finally understand why such a nice hotel received a low rating for the factor “location.”

This is an area just northwest of Omonia and has similar problems (although likely in a smaller proportion).

It is a run-down, largely neglected part of the city. Keep an eye on your belongings and be aware of your surroundings.

Best Area to Stay in Athens

Choose Plaka, and you’ll discover the definitive Greek neighborhood. It is the closest you can find in Athens to the Historical Old Towns that exist in other European capitals like Rome, Warsaw, or Prague.

A community rooted in antiquity and a living museum of Greek culture. A place full of history and culture, art and entertainment that is also blessed with exceptional scenery.

Marvel at the white marble edifices of the Ancient Agora jutting out between Byzantine Mosaics, Roman Columns, Byzantine churches, and Venetian mansions while basking in the ambiance of pedestrianized streets lined with cafes and tavernas. Everything in close distance to Metro stops.

Given Plaka’s prime position and beauty, you should expect higher hotel prices in this part of Athens.

This is one of the best places to stay in Athens if you are visiting the Greek capital for the first time. It is a central point of the city, connected to the entire city and within walking distance of major attractions like the Greek Parliament Building, the tomb of the unknown soldier, and the Panathenaic Stadium, also known as Kallimarmaro — the only stadium in the world built entirely of marble, rebuilt in the 2nd century.

Since it is the most important square in Athens, it also has numerous restaurants and cafés.

If you are looking for a more luxurious/trendy place, then Kolonaki is where you should look for a hotel.

It is a district surrounded by the finest shops and boutiques, as well as remarkable museums and monuments. Kolonaki offers a lively and cosmopolitan environment that attracts visitors worldwide, but it is also one of the most expensive areas in Athens.

There is a sense of local community in this area south of the Acropolis.

Koukaki is the ideal location if you’re searching for a walkable area where regular Athenians hang out and reside. The Acropolis and Acropolis Museum are the main attractions in this area. There are several pedestrian areas here, and most sites can be reached by foot. You may walk kilometers around the Acropolis without seeing any cars.

Is Athens Worth Visiting?

Despite all the problems I had there, yes, definitely worth visiting. It is the birthplace of philosophy, Western civilization, and even the Olympics.

Athens is a city that almost everyone should visit — and Greece at large, too. That’s not just because of the Acropolis, although that’s something everyone should see. One could spend days and still have much to see in this metropolis (a word that, by the way, derives from the Greek language).

Are Taxis Safe in Athens?

Absolutely yes, if we are only considering safety.

The government regulates taxi services. Owners and operators of taxis are licensed and have specific permits.

In some instances, they have been caught overcharging visitors while using “scenic routes” (aka driving around in circles). Something similar to what often happens in cities like Buenos Aires.

It’s best to use an app (like Google Maps) or ask at your point of origin (hotel/restaurant) what the price and duration of a particular ride will be. Then when you enter the car, politely say to the driver:

Book a transfer in advance if you are coming from the Athens International Airport to your hotel or final destination (and vice-versa). I like to use Get Transfer for that since it compares quotes of multiple providers and gives you the best, cheapest, and more reliable choice.

Talking about safety, check also the 8 safest big cities in the US.

Is Athens Safe for Tourists? (Conclusion)

Yes, Athens is safe for tourists. Instead of anything life-threatening like terrorist attacks, street crime is the main problem in Athens. The likelihood of being a victim of crime is increased in some areas.

Some nice and safer places to stay are:

2nd — If you are visiting some more isolated places, hire a guide. You can find some amazing guides and tours at Viator. Not only they will give you insider information about historical and natural curiosities, but they will also warn you of risky areas and keep you safe.

3rd — If anyone stops or calls your attention to offer some service in the street, keep walking. Another good idea is to use a dummy wallet.

If you enjoyed this article, here are a few other reading suggestions for you:

Is Rio de Janeiro Safe? — The reality about safety in Rio is not what you imagine.

Levi Borba is the founder of the Expatriate Consultancy, creator of the channel Small Business Hacks and the channel The Expat, and a best-selling author. Some of the links of this article may be affiliate links, meaning that the author will have a commission for any transaction.

10 Reasons Why You Should Go For a Zanzibar & Tanzania Honeymoon
Is Madrid Safe? The Best and the Not-So-Good of the Spanish Capital
Europe travel 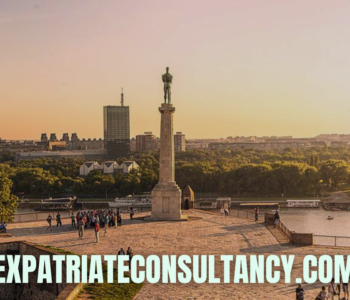 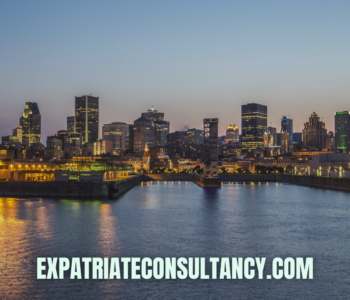 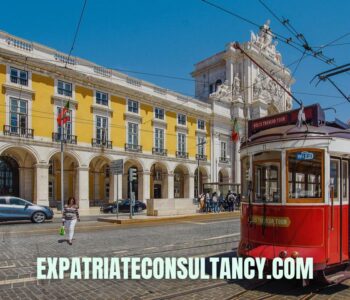 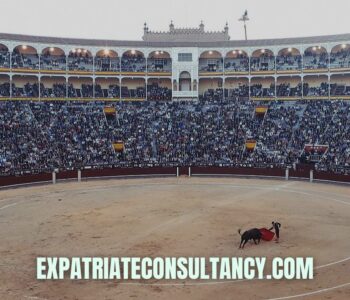 Is Madrid Safe? The Best…

10 Reasons Why You Should…